Britney SpearsMediaRU
A large collection of media files to download​

by Ruslan on May 01 2017
Embed: Start at:
Britney Spears - Billboard Chart History

The Onyx Hotel Tour was the fourth (fifth depending on if you count the split in her Baby/Oops tour) concert tour by Britney, in support of her fourth studio album, ‘In The Zone.’ The show was inspired by Broadway Musicals and films by Joel Schumacher and Tim Burton. Tour merchandise sold over $30 million in total, making Britney the highest grossing female artist at the time. 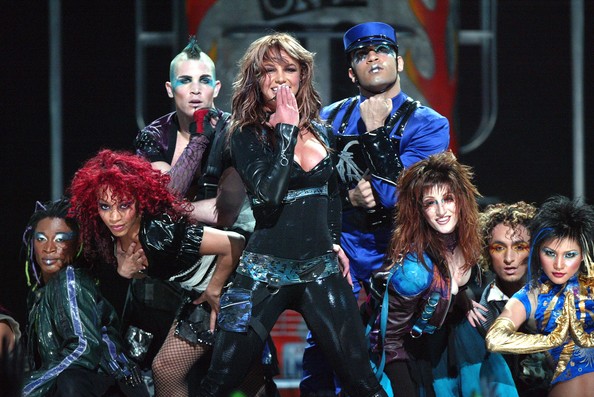 It’s original name was, ‘In The Zone Tour,’ however this had to be changed due to trademark infringement. After a law suit, Britney was banned from using the name.

The tour was split into seven segments; Check-In, Mystic Lounge, Mystic Garden, The Onyx Zone, Security Cameras, Club and Encore. Critics praised the tour, stating it was more a spectacle than an actual concert and some calling it one of a kind.

The tour was commercially successful and grossed an impressive $34 million on just 2 short legs of the tour. It was cancelled after the second leg when Britney hurt her knee during the ‘Outrageous’ video shoot.

On May 17, 2004 a hotel in Boston opened it’s doors under the name, ‘The Onyx Hotel.’ Britney and the Kimpton Group decided to promote the hotel by featuring a room, The Britney Spears Foundation Room. It was designed by Britney’s mother, Lynne Spears, reflecting Britney’s personality and taste. The room was opened six weeks later and a portion of the earnings went to the Britney Spears Foundation.

MTV played as the tours major sponsor. Vice President of music marketing and promotion Joe Armenia said, ‘’There are not that many artists that appeal to every territory with an MTV channel, but Britney Spears is one of the select few. We have been waiting for the opportunity to make a global splash, and the Britney tour is it. For the better part of the rest of the year, we’ll be on the road with Britney. This is more support than we’ve ever given an artist in the U.S., let alone all over the world. We love the association with Britney, she has always been a core part of this channel and our fans love Britney.’

On March 18, 2004, during the Moline, Illinois show, Britney fell during the performance of, ‘(I Got That) Boom Boom,’ and injured her knee. She left the stage and returned shortly after, wearing a white robe and apologising to the audience, for not being able to deliver the encore performance. The physician examined her knee and indicated that the injury was not linked to her 1999 knee injury. Britney had problems with her knee way before the, ‘Outrageous’ video shoot.

END_OF_DOCUMENT_TOKEN_TO_BE_REPLACED 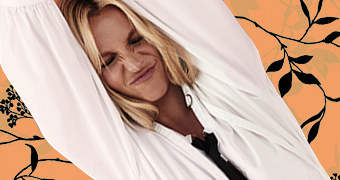