Britney Spears’ new album will be very chill, the pop star says. “It’s very exciting,” Britney tells E! News on set of her “Make Me” music video shoot, though the title is still unconfirmed. “I’ve been working on this project for a year and a half now, almost two years so it really means a lot to me. It’s my baby.”

How does the album sound? “It’s a little melodic, a little more not so poppy,” Brit said of what will be her ninth studio album. “It’s kind of chill. Very chill.” 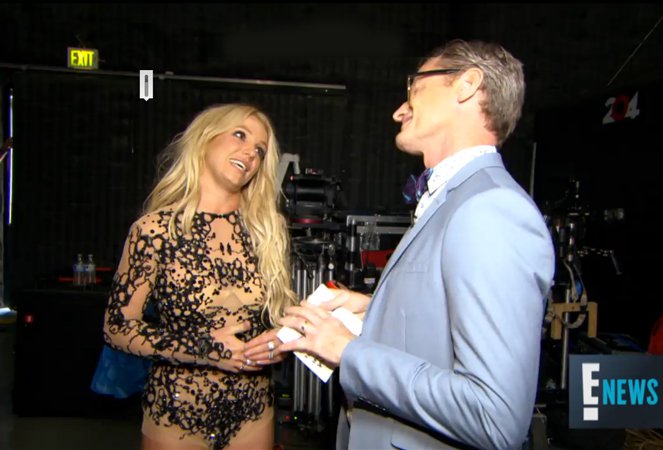 The video is directed by David LaChapelle. E! says to “expect to see lots of skin.”

During her interview, Britney was wearing a nude bodysuit with a black lace overlay and thigh-high boots. “This is just what I’m wearing to go eat lunch,” she joked. “Make Me (Oooh)” will reportedly drop next month followed by the full album in the fall(!!!).

What could you expect to hear on Britney’s iPod these days? “I’m old school. I like classic rock,” she said. “I like The Rolling Stones. The Lumineers are really cool. Sade is nice. I like 80s music, too.” 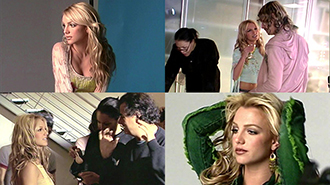 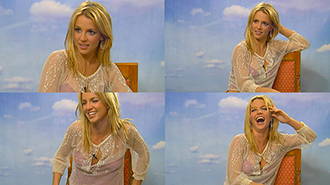 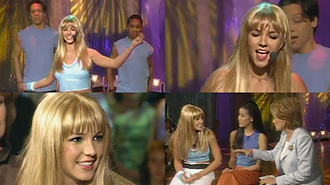